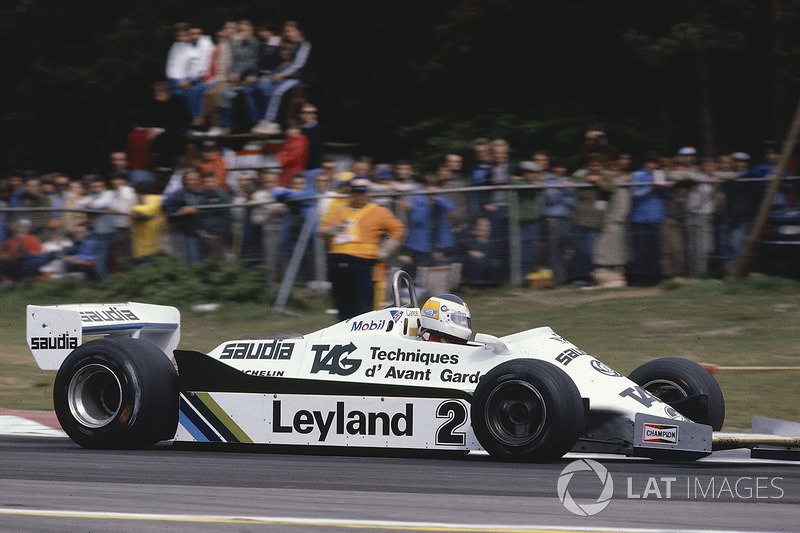 After reading Host Mike’s thoughts on Valterri Bottas (if you haven’t read his blog post yet, I highly recommend checking it out!) and listening to both he and Matt discuss how they haven’t been particularly impressed by the Finnish driver (all while acknowledging his obvious driving talent) in last week’s F1 episode, my mind started to wander back into the past.

As a prototypical “old soul”, I often find myself associating modern-day racing with the on-track action of days gone by. And while you can never draw a perfect comparison because of the ever-changing nature of advancement within top-level motorsport, it never fails to provide for an interesting thought exercise. So, with that, let me walk you through the logic that led me to the conclusion that Valterri Bottas has more in common with Carlos Reutemann than might initially meet the eye.

First, for those of you who aren’t familiar with Carlos Reutemann, or need a bit of a refresher on his career, the Argentinian ran in F1 from 1972-1982, during which time he drove for 4 of the sport’s top teams: Brabham, Ferrari, Lotus, and Williams. 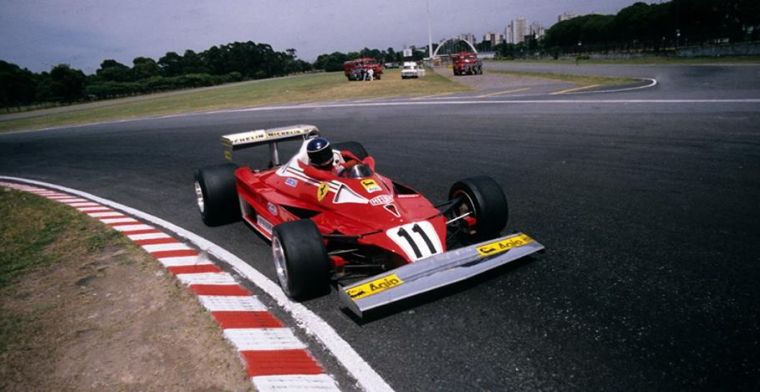 The Brabham years happened while the team was still owned by Bernie Ecclestone and the Gordon Murray-designed cars could be found in the elegant Martini livery. At Ferrari, Reutemann teamed both Niki Lauda and Gilles Villeneuve in ’77 & ’78, respectively. His time at Lotus was brief – the Argentinian driver was paired with Mario Andretti for a single season the year after the Italian-American legend had won the 1978 F1 Championship in Colin Chapman’s groundbreaking Lotus 79.

During these pre-Williams years, Reutemann scored 9 wins, finishing 3rd in the championship standings twice, once in 1975 with Brabham, and again in 1977 for Ferrari. However, it isn’t until we discuss his final full seasons in F1 driving for Williams that the similarities to Bottas become apparent.

It wasn’t necessarily clear going into 1980 that the Williams was the car to beat, but Reutemann began his tenure with the team solidly, if not especially impressively, alongside his more gritty, outspoken teammate, Alan Jones. He finished on the podium 8 times during the 1980 season driving alongside Jones, who was dominating his way to the 1980 World Championship in the Williams FW07. Carlos earned 1 win to Jones’ 5, but his speed was evident.

In 1981 though, Reutemann seemed to be in with a chance at the title, only to famously crumble under the pressure at the 1981 Caesar’s Palace Grand Prix, a race he went into with a 1-point lead over eventual champion Nelson Piquet. As Frank Williams is quoted to have said going into the race:

“Alan Jones is a better racer than Carlos, yet if Carlos feels he is in a class of his own, if everything is running smoothly, then his driving can be magical."

This quote aptly sums up Reutemann’s driving – superbly fast and impeccably smooth, but only on days when he was truly “on”. When he lacked confidence or something went wrong that threw off his rhythm, he appeared to completely lack motivation and seemingly resigned himself to a poor finish.

Like Reutemann, Valterri Bottas is clearly talented. During the opening stint of his F1 career with Williams, he consistently outperformed his teammates, proving himself against the established Felipe Massa, who paired him from 2014-2016. Over these three seasons, Bottas racked up 9 podiums to Massa’s 5 and finished ahead of Felipe in the driver’s championship throughout.

Upon moving to Mercedes in 2017, Bottas proved that the inferior Williams equipment was clearly holding him back. He finished on the podium in his first race for the team and ended up scoring a win in his 4th race at the Russian Grand Prix. Since then, Valterri has found himself on the top step of the podium 8 more times, finishing 2nd in the driver’s championship to Lewis Hamilton last season, albeit 87 points behind.

More recently, as he proved in the opening round of the 2020 season at the Austrian Grand Prix, Valterri has shown that he can beat Lewis Hamilton when he feels confident (and provided everything goes smoothly). But it’s on the days when things start to deviate from the ideal that the cracks in Bottas’ psychological fortitude begin to show.

As Host Mike referenced in his post, at the slightest indication that Lewis has the upper hand, Valterri spirals into a state of dejection, submitting himself to the role of second fiddle to his record-breaking teammate. At the wild Italian Grand Prix, Bottas finished 5th, only 10 seconds ahead of Hamilton, who had to drive back through the field after serving a stop-and-go penalty for coming in for a stop while the pits were closed, and went from 17th to 7th over the final 24 laps.

Meanwhile, Bottas, who restarted the race after a long red flag on pole, struggled with engine cooling and what he felt was a lack of grip/downforce that meant he couldn’t get close enough to the cars in front to pass. I’m not sure about you, but if Lewis can slice through the field to make up 10 spots (even though he found himself confronted with some of the less competitive cars on the grid) then it sounds like Bottas was having one of his “days” where his confidence plummets at the slightest hint of adversity.

As both of Bottas and Reutemann prove, it’s not enough to be quick to succeed in Formula 1. You can find yourself in the best equipment and still fall short, even with all of the talent necessary to become champion. Mental strength is a key ingredient in F1, and, as Nico Rosberg proved by calling it quits immediately after winning the championship, it’s extremely mentally taxing to compete with Lewis Hamilton. Mercedes needs a driver with the mental toughness to never give in, even in the face of the juggernaut that is the Lewis Hamilton-Merc combo, and Bottas doesn’t seem to be cut out to fill that role. 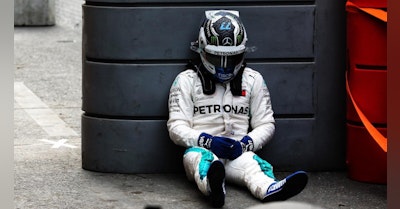 Valterri Bottas should not be retained by Mercedes after 2021.  Is it possible for a driver to sit 2nd in the championship points, complete every l…